The island of Thassos is a real treasure for Greece!

Unlike some other islands, the island of Thassos has much more to offer than just beautiful beaches and azure waters.

It truly maintain all the elements of Greek culture and Greek traditions that have been lost in time by many Greek islands. Well maintained monuments of the glorious past can be seen on the island, such as the walls of the fortress of the ancient city, the temple of Apollo, the ancient theater, the Acropolis and the chapel of Dionysus with its choral monuments.

An important reason to choose Thassos for your vacation is the fact that we are so close to the coast of Eastern Macedonia and Thrace, something that allows you to take more tours in many ancient (and not only) places and beautiful cities which are scattered throughout Northern Greece 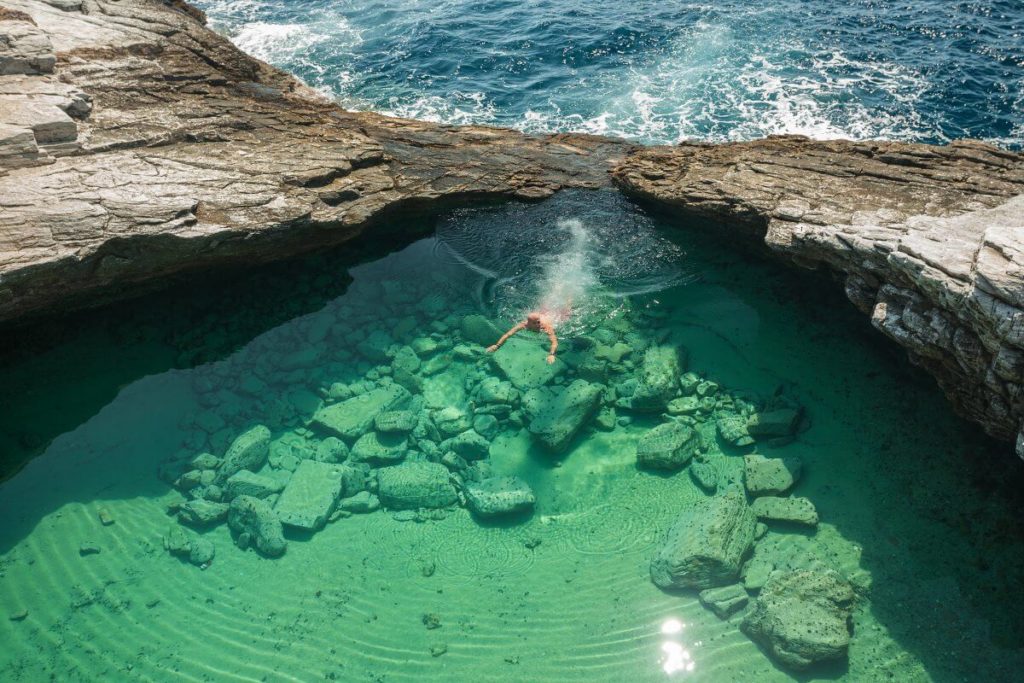 The island is one of the most fertile islands of the Aegean Sea. Among other products, it produces olives (the unique savoury of Thassos), oil, fruits, honey and wine. The island has a rich supply of minerals. There are areas with copper in Theologos and Thimonia, with silver and zinc in Limenaria and with iron in the region of Kallirachi. The famous mines of Thassos, as well as the timberlands for the shipyards had been the main reason for the brilliant development, glamour and progress of the island during antiquity.